Looking back at the past ten years, Flight Deck Experience and Virtual Aerospace became the “go to” company for last minute filming with the likes of the BBC, ITV and Sky.

We have provided our simulators for numerous film and television companies for documentaries, feature films and series.

Even news crews have used our simulators as backdrops as and when the story called for it.

Fixed base simulators ... that move!

In the past we have been invited to Longcross studios!

Located in Longcross, Chertsey, these studios have been used for Thor 2, Captain Phillips, World War Z and Fast & Furious 6 to name only a handful! When we were asked to dismantle one of our simulators and move it to their lot we were pleased and excited to be part of what was to come!

You can see our simulator featured in Sky Atlantic’s series The Tunnel which was released in December 2015.

We have lent our expert advice to help in the production of flight sequences so that they are more realistic aiding the film crews, scriptwriters and actors.

You may have also seen us featured as a weekly star prize on the ITV quiz show – Tipping Point. Back for it’s 11th series … so are we!

Ben Sheppard gives the contestants the chance to win money and prizes including our coveted simulator experiences. 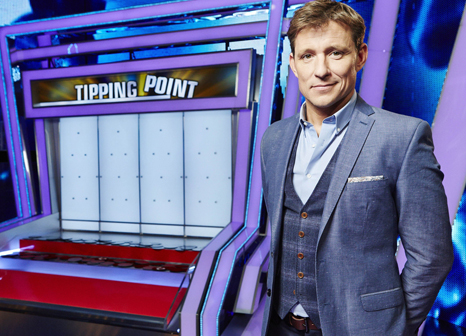 This error message is only visible to WordPress admins

Learn more about our partners >

Cookies allow for us to better serve information to the user. You may find that rejecting them negatively impacts your experience with the site. By clicking “Accept”, you are consenting to the use of ALL cookies.
Cookie settingsNo Thanks!Fine with me!
Privacy Settings

This website uses cookies to improve your experience while you navigate through the website. Out of these, the cookies that are categorized as necessary are stored on your browser as they are essential for the working of basic functionalities of the website. We also use third-party cookies that help us analyze and understand how you use this website. These cookies will be stored in your browser only with your consent. You also have the option to opt-out of these cookies. But opting out of some of these cookies may affect your browsing experience.
Necessary Always Enabled

Any cookies that may not be particularly necessary for the website to function and is used specifically to collect user personal data via analytics, ads, other embedded contents are termed as non-necessary cookies. It is mandatory to procure user consent prior to running these cookies on your website.

Want to be the first to learn of news / discounts from Flightdeck Experience?

Please confirm your subscription and you are on the list to receive our newsletter!